Religion, as we know it, came to Paw Paw Township with the arrival of the Reverand Benoni Harris, a Methodist Minister, in July of 1835.  As the population of the area increased, religious orders began to organize.  The seventy-year old Rev. Harris, who was the first minister in DeKalb County, Illinois, immediately began to preach the doctrine of the Cross to the good, the bad, the white and red man with untiring energy until his death in 1845.

Three years later, a neighboring community organized the First Congregational Church of Earl, with twelve members in a log house located south of Earlville near the Precinct Cemetery.  In the next seventeen years the Earl Church moved three times, each time further north.

On March 6, 1865, the Earl Congregational Church called a meeting to consider unifying with the neighboring churches of the township.  The denominations included the Methodists, Congregationalists and Presbyterians.  A unanimous vote to merge produced the new First Independent Union Church of Paw Paw Township.  In the months following the organization of the church committees, it was decided to build a church south and a little east of the current unincorporated town of Rollo.  The wooden structure was dedicated on February 3, 1867.    A year later, the church joined the Aurora Association of Congregational Churches.

From that time forward the church continued to function as the Rollo Congregational Church until 1961 when the congregation voted to approve the Constitution of the United Church of Christ with the exception of keeping its current name in the title.

As the years go by, Sunday service attendance has continued to stay strong.  However, the men’s, women’s and youth groups have undergone the necessary changes to provide for declining numbers, which is attributed to smaller families, more working parents and school activities outside of school hours.   In 2015, this little country church celebrated its 150th anniversary. 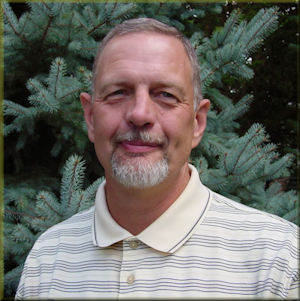 A Message from our Minister "Welcome to our site! I am so glad that you are here. Take a look around to learn more about who we are as a church, our mission and vision for Christ, as well as information about how you can get involved in any of our events and minstries. We welcome you to come visit our church! If you have any questions at all, I would love to connect with you. I can be contacted by clicking here or on my name below."